OK, when we last met, I was yakking about my future and my career and all that. So, I mentioned my preparations in the copy writing realm, but I also want to include what I'm doing for the other part of my writing soul - working on my book.

Yup, slowly, and what feels like, blindly, I've been working on a book idea called Driving Home from Boston. This project is based on The Young Prince's ordeal, and how illness impacts a family, and most of all, the crucial role of support. 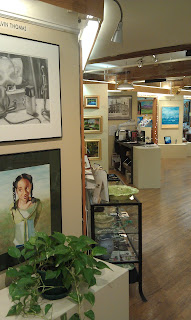 The whole idea of me writing this book has a lot of stuff wrapped around it, which I might discuss in another post. The gist of it is this: As much as I enjoy writing, and as much as I know I am good at it (now don't judge me on these posts, they are not really polished, are they). But I really never considered writing a book.

Funny, when someone finds out I'm a writer, soon enough the question comes up..."Have you written a book?" (Or, "are you going to" or some variation). And I really never had the inclination.

ANYWAY - Now I DO have the inclination, the inspiration and the fervent desire to complete this project. (at least in fits and starts) So, I decided to take yet another course, this time via Grub Street.

I started looking over the selections. I got depressed immediately.


They had so many good courses that were potentially applicable - Nonfiction writing, Essay writing, Memoir Writing, How to Write a Book Proposal, and many more. But either there would be a schedule conflict, or the cost was more than I could bear, or I just didn't know if this REALLY, REALLY, REALLY was the right thing for me to do. 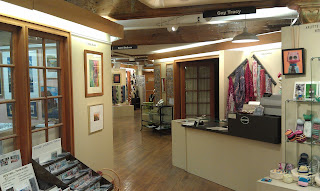 Finally I settled on a one day course, not too expensive, called Writing the Big Moments - it will help the writer figure out the best way to weave a narrative (either essay or memoir) around the big moments or milestones of our lives. Or something like that. And I figured once I got to meeting other writers and teachers at Grub Street, I could start picking some brains.


Anyway I feel better for having made the decision, and the sorrowful confusion from the other day is diminished, but still, most times I feel overwhelmed with all this stuff. Fear is part of it, and other neurotic stuff rent too much space in my head, and yaddah yaddah --

SO - my point here is that yesterday I had to do some shopping, and I wanted a really unique gift for someone - so I decided to go to a local gallery - the Brush Art Gallery in Lowell. It was really just what I needed. Totally different kind of art - but it felt incredibly good to immerse myself into some great creativity. Not only did I find some great gifts, but I found inspiration.

So, the other day I was in a real bad mood. Tears even. Lot of things piled up and just felt awful. Some of my angst was a real frustration about my goals and direction.

Now, I DO have a plan. I'm taking an extensive, lengthy course on copy writing. I'm also going to be taking another course - this one a seven week deal - on building a "passive income" website. Money has been plunked down for both.

And I'm trying to keep up with reading. Reading anything, but especially the myriad number of books that keep finding their way to me. OK just cuz you're curious, I can tell you are - don't deny it!

I'm currently reading : A Storm of Swords, part of the A Song of Ice and Fire series by George A.A. Martin (same dude that brings us HBO's Game of Thrones which was the first book in the series. (The second season of GOT, was actually A Clash of Kings).

My other selections follow a fantasy-ish bent too. Snow Crash by Neal Stephenson, a cyber punk dystopian tale based on smart-alecky folks who learn how to immerse themselves into a computer generated world - an MMOG (Massively Multi-player Online Game) of sorts. They spend time doing interesting things in both the Real World and this "Metaverse". I was really intrigued after the lengthy research I did on the game Second Life. Linden Labs, the creators of Second Life, clearly drew their inspiration from Stephenson's work. Very interesting, but not the smoothest read. Not done yet. 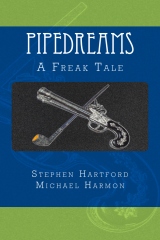 Lastly, and thanks for bearing with me, because the book roundup was not at all what this post is actually about..but that's OK... is Pipedreams: A Freak Tale by Stephen Hartford and Michael Harmon. It's a big thick thing, as books go, and I'm really enjoying it. Not quite a dystopian setting here, more post-apocalyptic. Some of the geographical locations are familiar, the story takes place wayyy, in the future, in what used to be known as New England. The book was originally begun quite a few years ago, when hippies were a bit more plentiful and the fallout from Vietnam was fresh. I'm giving it link love today because I know one of the authors and I think this novel could go places. To be fair, I'm not done yet, but I have a good feeling about this.

So, back to my original thought train.

I was feeling confused and a little lost about my future, despite those cool courses I'm doing. My worries were more centered on the other type of writing I do. Not the TV/Film/Music stuff.

The real stuff, the essay stuff.

I will  have to leave this thought dangle for now..but I will return!
Posted by M.K. Williams at 9:20 PM No comments: