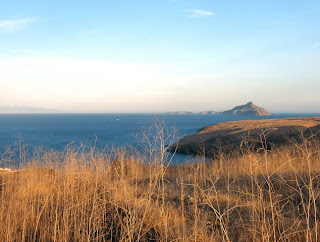 Those dreaded "Dog Days of Summer" have finally departed, leaving us with the some truly gorgeous weather.

As the thick humidity clears from the air , I find that my mind functions a little bit better. Now this is not a out and out guarantee of brilliance, functionality,or organization on my part, but it sure does feel good.
Posted by M.K. Williams at 8:30 AM 2 comments: 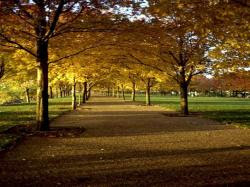 Love this time of year. Although the calendar shows time is beginning its final descent into the realm of End of Year Clean-up, for me - and maybe because I still have school age children - it feels like a new beginning.

And here's my proposal. I want to change the name of this Blog. I have not liked the name for years now, but was hesitant to change. So maybe all you fine readers can help suggest a new name. Maybe I should hold a contest, and do this reality show style with creating teams and stirring up egos. 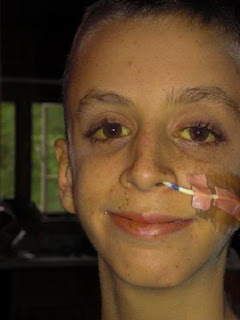 Of course, we must begin with the neurotic disclaimer - coming from the part of me that must fend off criticism or doubt before it surfaces - is that Tom's story is not my first visit to hell. No exaggerations, but I've been in the shit before.

And so, what does it feel like? How do I manage this whole illness thing?

Mostly not very well, or so it seems.

I walk through the kitchen, fairly numb to the impossible to clean floor, which looks every bit as impossible, grit trapped in relentless pockmarks that make a once white surface a collection of dingy stains. But what really catches my attention is the sight of the full pill cup.

full, but seemingly abandoned. This means meds not taken on schedule and this observation reaches up and smacks me across the head, hard, with the dire message that I'm perhaps not a very good mother. And inside I think, "see, you shouldn't have spent so much time with your email, or you would have been on top of this." Even if the previous 40 minute email session was a chance for me to vent, rant, cry, and even laugh with some good souls, the pure organic goodness of that unburdening is trampled on, muddied with my own constant guilt of not measuring up.

Another thing is exhaustion. Physical, mental, emotional. Nothing that parents - OK, humans - don't typically deal with anyway, but this is still unexpected. Especially the end of the day collapse, I feel like I'm the mother of very little babies all over again. When the meal is done, the dishes are cleared, all I want to do is melt into the television or a good book - and then I remember. I have to get the night pills ready. Or I have to prepare the tube feed. And really, it's not all on me to do this. D is very capable and is usually ready to do what needs to be done on top of his own crazy exhaustion. But that's not the point.

We shouldn't have weeks piled with clinic visits in , nurse visits to the house, social worker visits, clergy visits, Make-A-Wish visits. Make-A-Wish? Isn't that for real sick kids? Kids who might die? Indeed, it is.

And the worst really is that whole "might die" scenario.

All parents go through this, from the time they tip-toed out of the nursery, to the time they tossed over the car keys, to the time that their very precious child said, "Mom? I've enlisted", parents hold collective breaths all over the world, willing that nothing wicked this way will come. Never, ever. They chant the universal pleaseDearGodkeepthemsafe prayer until their rosaries and prayer beads are worn smooth from anguish and hope.

So, naturally, of course, this brings us up to the big T. The transplant. The waiting. The uncertainty. Tom does appreciate on the surface how significant his "listing" is. He knows in theory that the surgery will help his life dramatically. But he's remarked, "Everyone keeps congratulating me - but they don't have to go through it."

And so next week Tom starts his freshman year at Dracut High, he'll have to "go through" this new school year complete with ninth grade anxieties and an NG tube taped to his cheek.

And how am I doing? I'm a mess like any other parent, yet I'm damn proud of that kid.