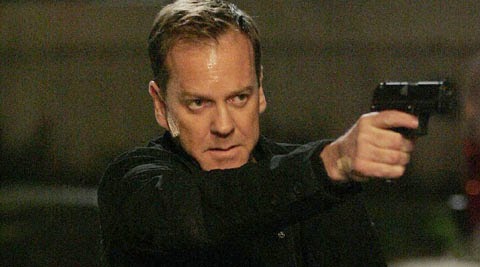 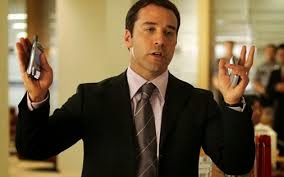 Can you dig this? In some version of reality (and reality is used loosely), I see a beautiful pairing of these two kick-ass kinda dudes. Now, their educations and skill sets are quite different. Jack has extensive training in weapons and hostage negotiations; he went to SWAT school for crying out loud! He does have a Masters in Criminology and Law, but his book learning is more than supplemented by time spent in the Army Special Forces.

Ari on the other hand benefits from the special kind of combat training that is unique to Hollywood; feeding the hungry press, dancing with impatient studios, and cultivating actors. Interestingly though, along with his MBA from the University of Michigan, according to Wikipedia.org, he picked up a nice little JD. Somehow this makes sense.


They are both direct, brutally so. They say what needs to be said, although Jack delivers much less BS than Ari. And since Entourage airs on HBO, Ari and the rest of the boys can fling the f*cks, sh*ts…well mostly it’s the f*cks…and get away with it. In style, I might add especially in Ari’s case. To borrow from A Christmas Story, he can work “in profanity the way other artists might work in oils or clay.”

A sampling courtesy of IMDb:

“Is that the way they drive in Tiananmen Square, bitch?”

“The next one after "Queens Boulevard" is a studio picture: I'm talking franchise, baby. We'll get you the lunchbox. And an action figure with a monster cock.”

“You can have it if you want to live in Agora fucking hills, and go to group therapy, but if you want a Beverly Hills mansion, a country club membership, and nine weeks a year in a Tuscan villa, then I'm gonna need to take a call when it comes in at noon on a motherfucking Wednesday.”

Although Jack Bauer is constrained by the sensibilities of network programming, he therefore must resort to more violence than swearing. He may only be able to say “damn”, but he’s quite gifted with sticks, stones, and breakin’ bones. Though Ari may talk about cutting off someone’s Matzoh balls, you’re pretty sure that Jack would actually do it.

They don’t dress the alike, although Jack cuts a fine figure in a proper suit, he tends to do his best work in Levis and a hoodie. Mr. Gold dresses beautifully; surely he’ll keep Mr. Blackwell at bay. But they accessorize the same; they both favor the Treo 650 mobile.

Mostly what they have in common; is a lot of brains, never enough time, and the ability to make snap decisions without a lot of fuss. Probably what’s the most crucial shared trait is a sheer force of nature that can tame terrorists, Washington and Hollywood bureaucrats, and all the office assistants in Southern California.

This is the Power Couple of the new Millennium.
Posted by M.K. Williams at 10:07 PM 1 comment: